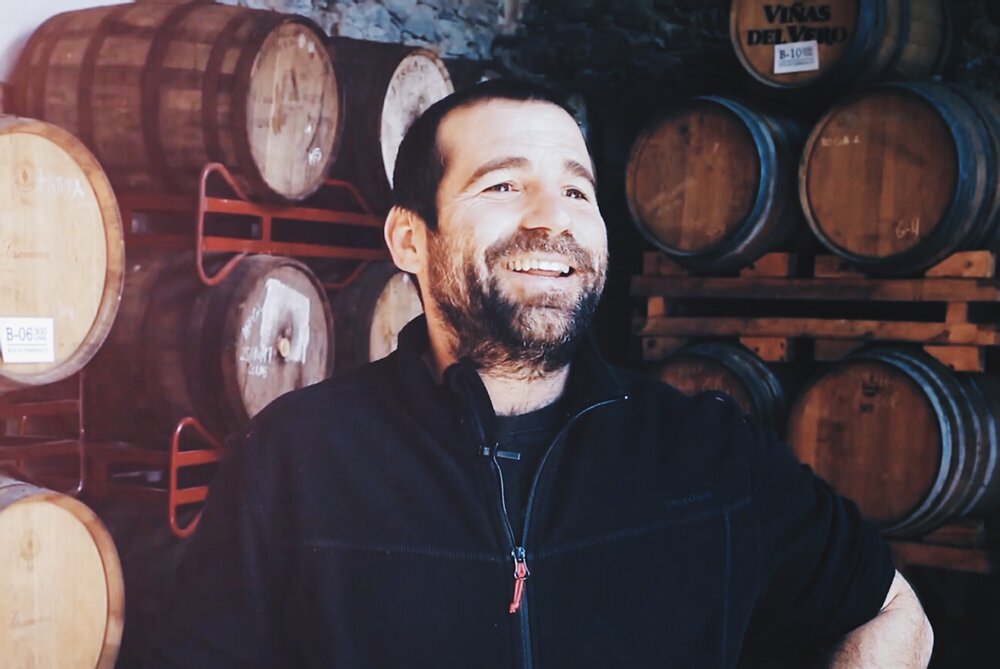 VERSIÓN
EN ESPAÑOL AQUÍ What is Brett or
Brettanomyces?

To fully understand the nature of Brett, I
would like to start with the illustrative comparison made by the
English writer Michael Jackson: “Saccharomyces
is like a dog and Brett is like a cat. It’s a little less
predictable. It’s going to do its own thing; it’s not going to
come when you call it and sit when you say sit. If you can respect
its individuality and suggest rather than dictate what it does in
your fermentation, it can reward the brewer and the drinker.”

If we take a look at the history books, we
learn that this type of yeast was discovered in 1904 by N.
Hjelte Claussen, director of the laboratory of the New
Calsberg brewery, and was identified as the agent that causes the
characteristic flavor of traditional English ales (from the 17th
century and earlier). Brettanomyces, in Greek, means “British
Fungus” (source: milkthefunk.com). 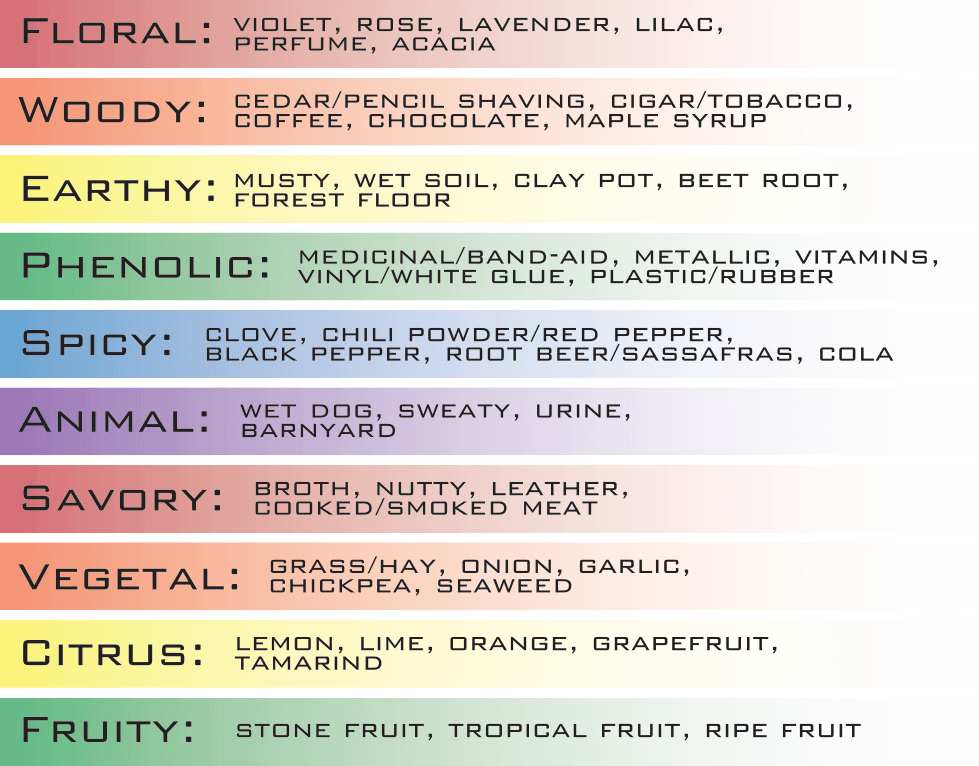 Despite the desirable qualities that Claussen
saw in Brett, the reality is that since in the late 19th century
when cultivations of Saccharomyces cerevisiae and Saccharomyces
pastorianus began to be adopted in the beer and wine industries,
Brettanomyces has been historically perceived by brewers – with an
exception to those who brew Lambic or Flanders Red / Brown – as an
organism that spoils beer. This due to phenols, acids and
cloudiness that it sometimes produces in beers.

However, in recent years, some pleasant flavor
and aroma components have been identified in beers with
Brettanomyces. For example tropical notes of pineapple, stone
fruits or, to a certain degree, the acetic acid. This circumstance
has led to a notable increase in its popularity among brewers
outside Belgium and also the consumers.

To get a little closer to Brett yeasts, we have
thought that what better than asking who in my opinion is an
epitome in the brewing process of sour and / or wild beers in
Spain. I’m referring to Marc Baulida, Brewer at La
Calavera.

La
Calavera (Sant Joan de les Abadesses,
Girona) was born as a homebrewing project started by Marc
himself together with Mikel Mendizabal, in 2012. They started
selling their beers at La Barricona restaurant (Ripoll), and after
positive recognition from the consumers, they decided to
professionalize their brewing.

Although in the beginning the beers they brewed
were of ale-type fermentation and more classic (styles of beers
that they still continue to brew to this day), the truth is that
today their identity in the craft scene is more marked by their
more risky and experimental beers. As Marc himself acknowledges:
“the specialization in barrel-aged beers, whether in dark styles
or wild / sour styles, gives us a dynamic of constant research and
learning. More and more, our beers stand out for their maturation,
aging and the passage of time”.

If you like sour beers, with mixed /
spontaneous fermentation and / or barrel-aged, you only have two
options: either you love La Calavera beers, or you haven’t tried
them yet. There is no middle ground.

To all beer geeks and aficionados who read
this, I would like you to keep this in mind next time you go beer
shopping: La Calavera is one of the brewers that participated in
the last edition of
The Festival (Buffalo, New York, 2019), an
event hosted by the Shelton Brothers. A microbrewery in a town in
Girona, very local, popular, and who lives away from the spotlight,
rubbing shoulders with the best of the best internationally, with
familiar names like Fonta Flora, Jester King, Trillium, Cantillon
or 3 Fonteinen, among others. And we have Calavera right here,
close to us them!

The quality of their beers is not something
that has gone unnoticed, and the proof for this is that they can be
found in countries such as France, Italy, Switzerland, Netherlands,
Belgium, Russia, England, Finland, United States, China, and
Sweden. This is why I recommend that you check out their “Wood
Series” (Dark and Sour) barrel beers portfolio, and you will find
authentic gems.

But let’s go back to the topic of the article,
and to the questions we have asked Marc to shed some light on the
exciting, complex and wonderful world of beers with Brett. Thank
you very much Marc!

Ø: What is “Brett” and what does it do to
beer?

Marc: Brett is a type of yeast that
acts on beer by acidifying it, that is, transforming the
sugar chains into acetic acids, makes it more complex and gives it
tropical touches. It depend a lot on the strain, that is, if it is
claussenii, lambicus or bruxellensis (since each one has a
different profile), and it can contribute to farmyard aromas,
goatskin, funky, fruity, pineapple notes, hints of rust, etc. The
temperature and the type of sugars found during fermentation also
have a great influence.

Ø: How is the production and fermentation process of a
mixed fermentation beer different from that of a spontaneously
fermented beer?

Marc: The difference is that mixed
fermentation is a process in which we first ferment the beer with
an Ale yeast, or a Lager yeast, marking an initial beer
profile without wild yeasts, and just when it is about to finish we
stop the fermentation, and that’s when we add a wild yeast.
Normally, wild yeasts, whether in barrels or inoculated by means of
reproduction, tend to eat the dextrose (sugars) that an Ale yeast
does not assimilate, and in this way, it usually transforms that
beer that initially had a very “classic” or clean Ale profile, to a
different beer.

The spontaneous process, however, consists in
that after boiling the beer, instead of cooling it and adding some
type of controlled yeast (Ale or even Brett) to the must, nothing
is inoculated but is maintained so that it loses temperature little
by little, and it is inoculated with the yeasts or bacteria that
are in the environment. We could say that the beer is left
to contaminate itself with all the microorganisms that float in the
air.

Normally, spontaneous fermentation usually ends in some type of
barrel so that after that wild or ambient inoculation, the barrel
will finish the job, of rounding it out. It is a very long process
and takes a long time, since there can be many types of bacteria in
the mix and some take more time in order for the result to be
something positive.

Ø: The use of Brett is usually combined with lactic
acid bacteria such as Lactobacillus and Pediococcus. Could you
explain, briefly, what role each of these three plays in the
fermentation “party”, and what they contribute to the final
result – aromas, flavors, textures, character, etc. – in a
beer?

Marc: When there is a barrel fermentation or a
mixed fermentation process, which is what we do, normally many
types of microorganisms, bacteria or wild yeast are inside the
barrels. In our case, many times we help the Brettanomyces with
other Brett blends that make the fermentation have more nuances,
and sometimes we also start with a kettle sour base or a beer
brewed with lactic acid.

Lactic acid gives a fairly established sour flavor
base, and over time, this flavor also matures. It is a
bacteria that ages well and adopts other types of complexities,
aromas and profiles.

I have the least experience with Pediococcus, but we could say
that above all it initially provides a very beastly texture (like
mucus), and then those defects (texture, bad flavors, etc.) are
transformed by Brett into acetic components and organoleptic notes
that give very clean nuances and fit very well with acid
profiles.

Ø: What type of malts, or what combinations of them,
are in your opinion the most recommended to enhance the work of
wild yeasts? And when it comes to the selection of hops, do you
have any preferences?

Marc: If we talk about types of malts suitable
for making sour beers, it will depend a bit on the process, but we
can say that Brett yeasts like complex dextrins that ale yeast
often fails to assimilate, and they end up transforming them. They
are also very fond of a cereal base, even without malting: raw
wheat flake, oats, rye. The initial harshness of this type of
cereal, over time, is also transformed by the Brett.

For example, we can use Vienna or Pale as a base, but apart from
roasted malts, sour fermentations tend to accept everything
that are sweet malts and that add complexity quite
well.

As for hops, it will depend on the profile that we want to give
to the beer, but if we talk about sour beers, hops tend to
be second or even third. What we want to highlight in this
type of beers is a slightly bitter profile, that there is no
competition with the sour or the barrel or yeast notes, and what we
seek is to give prominence to the sourness. This is why hops don’t
have to be very expansive. I personally like to use noble hops,
European, more herbal than citrus types (they can also be used, but
I’m not a big fan).

Ø: Regarding the addition of fruits, can you tell us
when is the best time (or times) to add them, and what aspects are
important to take into account at the level of interaction of sugar
or other components with the Brett?

Marc: In our case, when we use fruit inside the
barrel, we usually add it when the beer is be three or four
months away from completion. We give the beer time to
absorb the sugars that we are adding to it again, so that it can
slowly ferment again and soak up those nuances typical of the
fruit.

In the case of making a sour in stainless steel, in the
fermenter, we have to add it just at the moment in which the
primary fermentation ends, and thus, give the yeast time so
that it can eat the sugars in the fruit. Otherwise, we may
have some scares and / or gassing problems.

Ø: What benefits does barrel aging bring to beers made
with Brett?

Marc: The benefits are mainly at the level of
complexity, because by giving the beer such a long
break, without temperature changes and a lot of rest, little by
little it stabilizes and acquires new flavors. We can say that, in
some way, the beer is finding its place.

This complexity is due to a large extent to the fact that
the beer is saturated with the flavors of the wood, the
fruit, it gains acidity and it becomes clean. The passage
of time polishes these possible initial defects and the flavors,
aromas and nuances are perfected. The barrel fixes them.

Ø: Finally, of all the beers with Brett that you have
made to date, which of them do you think you have
nailed? 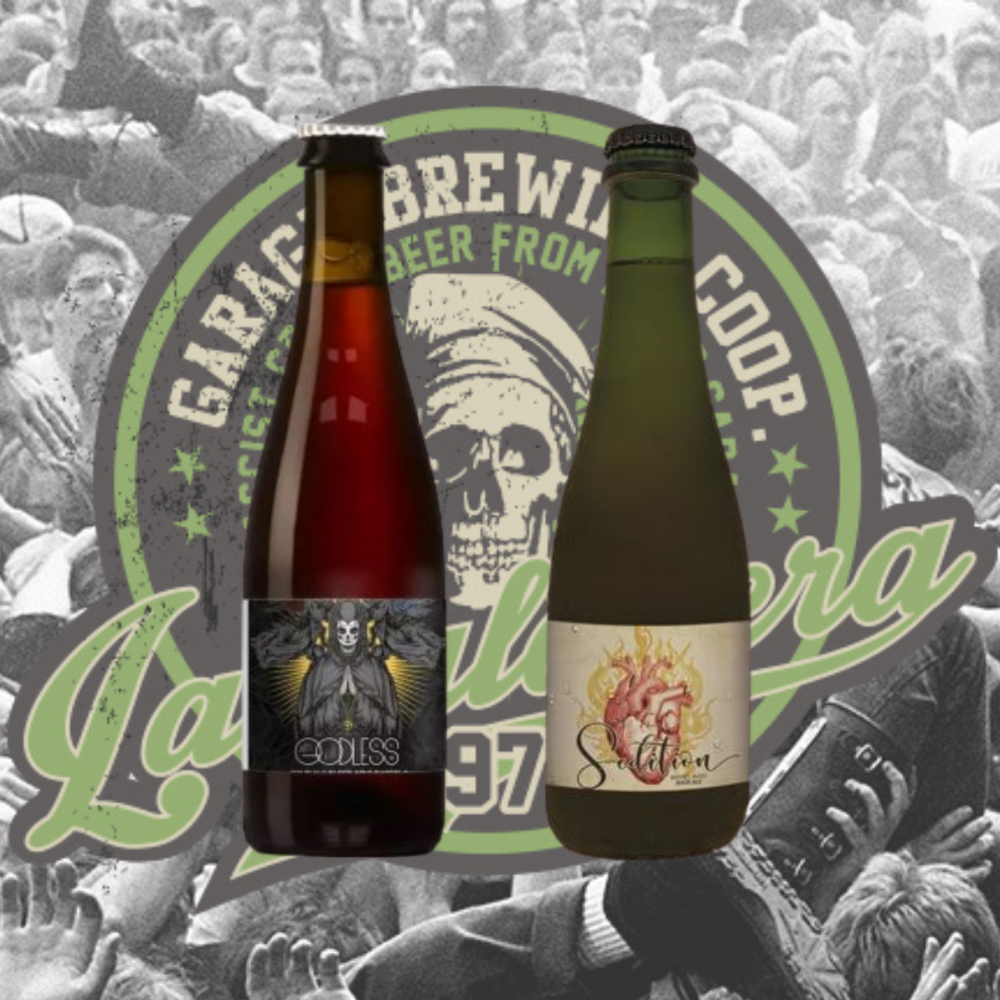 Marc: After the trajectory that we are taking,
in which we are constantly brewing new beers because of the market
demand and our experimental line, perhaps the ones that I see more
complexity in are GODLESS or SEDITION, two profiles of
beers that, within from the world of sours, have a very specific
personality and a very marked profile. They have really
convinced me and I consider them different from most of the ones we
do.