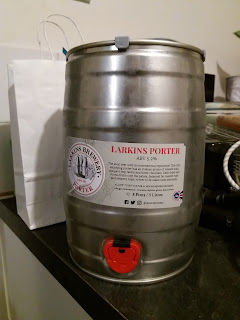 Pub landlords have welcomed the climb-down by the UK
governmentwhich will allow them, once again, to sell alcohol
during the current period of enforced closure. When plans for the
second national lockdown were first announced, the
guidelines initially indicated a ban on pubs serving alcohol for
people to takeaway and drink at home. This was in sharp contrast to
the first lockdownwhich came into force back in
March.

Fortunately, pressure from the drinks industry forced the
government to think again, so now pubs in England
(Scotland & Wales have their own separate rules),
will now be able to sell takeaway beer and cider, during
November’s lockdown, as long as the drinks are pre-ordered
by phone or online. Customers can collect their orders, as long as
they do not enter the premises.

The U-turn comes as a relief to licensees and pub bosses
who had warned that the ban would result in thousands of gallons of
beer being poured down the drain. Takeaway sales will form a
vital lifeline to local pubs and breweries over the next four
weeks, providing them with much needed income. It will also prevent
a substantial amount of perfectly drinkable beer from being
wasted. 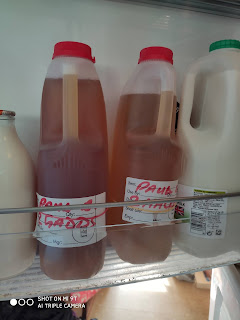 It is thought the now over-turned ban on takeaway alcohol sales was
drafted because, during the first lockdown, some pubs were
allowing customers to enter the premises, buy a pint and then go
outside in order to drink it. This was clearly a case of pushing
the envelope that little bit too far, earning drinkers and
publicans alike, a “tut, tut” from nanny.

The message now to all drinkers and pub lovers is, please
support your local pub, bar or brewery with your custom, and help
them get through what, for most, is an extremely challenging and
difficult period. I shall be doing my bit, by ordering essential
supplies from both local pubs and breweries, and am
currently investigating what’s available at the moment.

It is also encouraging to read that some pub owning companies
and brewers, including Punch and Marston’s, have
announced rent reductions for licensees over the 28-day period.